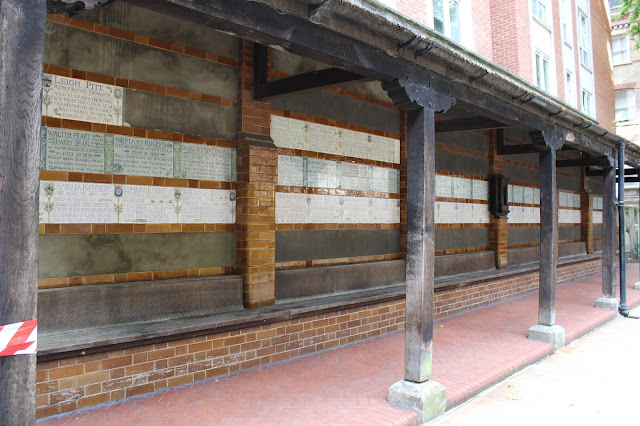 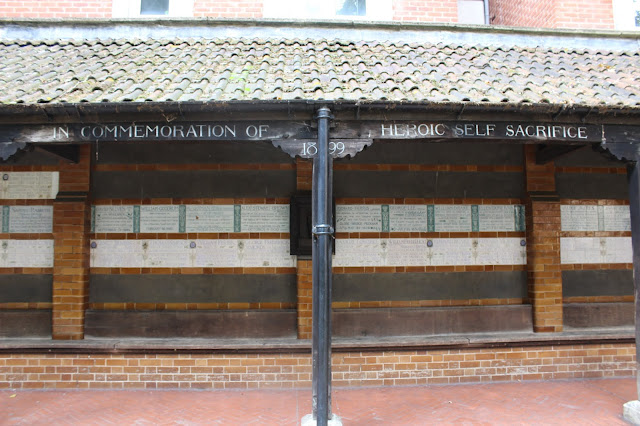 Postman's Park, one of the largest gardens in the City of London, occupies an amalgamation of three City of London burial grounds - Christchurch, Greyfriars, St Leonard, Foster Lane, and St Botolph, Aldersgate.

It acquired its name due to its popularity as a lunchtime garden with workers from the nearby old General Post Office.

The monument is called the Watts Memorial after George Frederic Watts (1817-1904) who first suggested a monument to commemorate heroism in every-day life.

The monument consists of 54 memorial tablets commemorating 62 individuals who each lost their life while attempting to save another.  The earliest victim died in 1863, and the latest is Leigh Pitt who drowned in 2007. 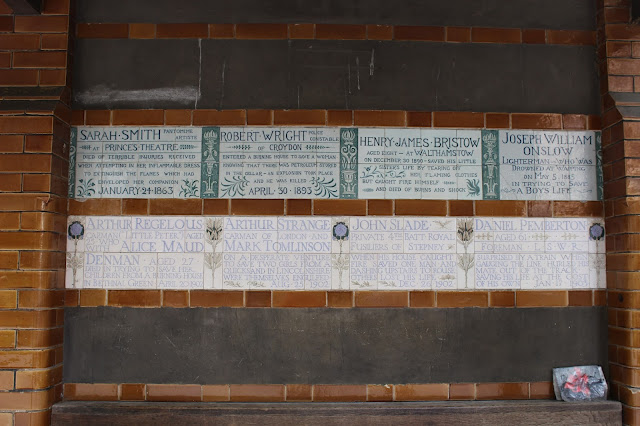 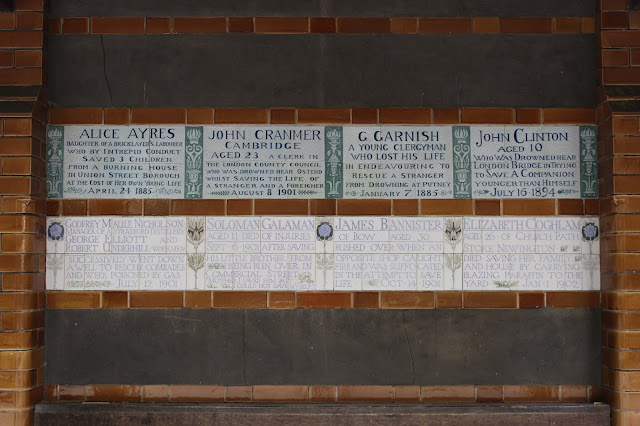 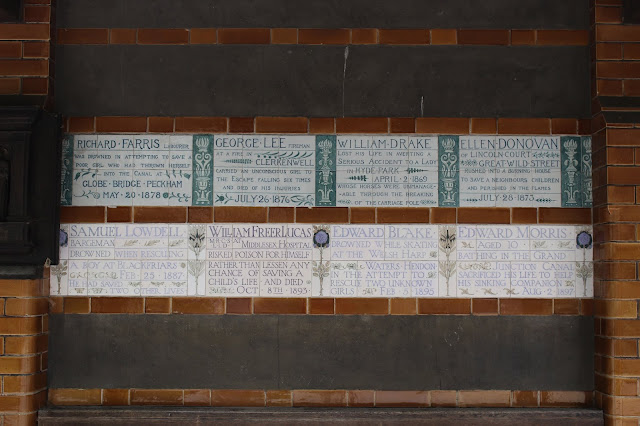 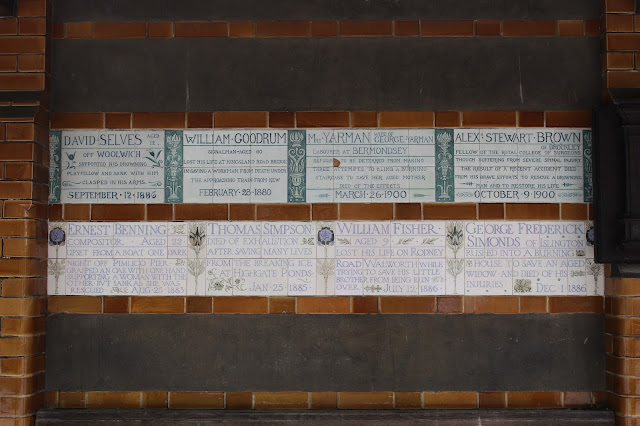 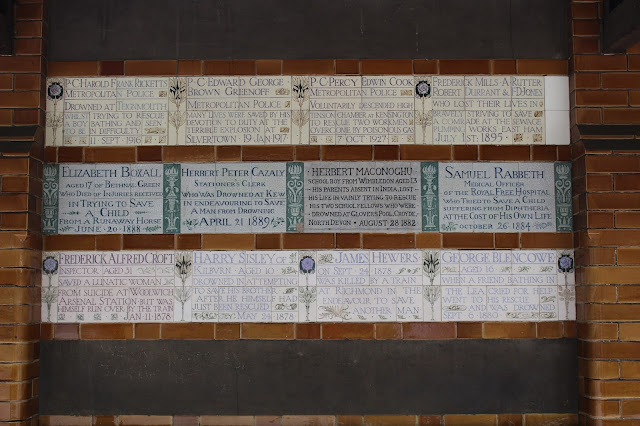 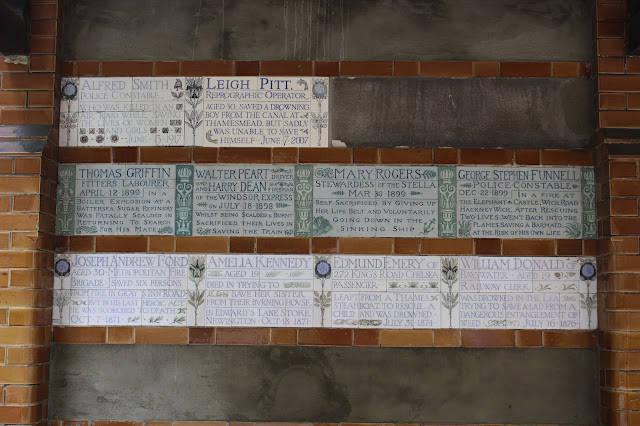