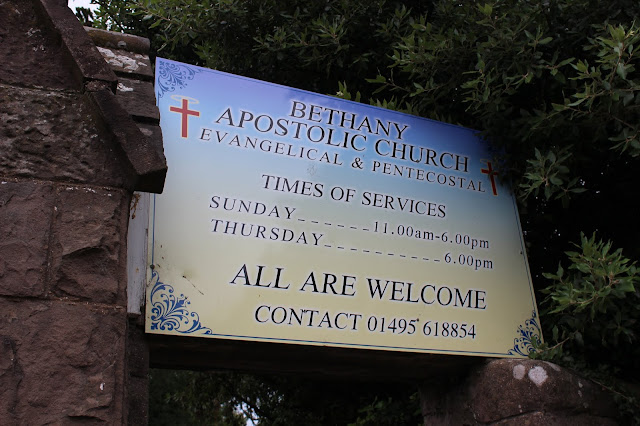 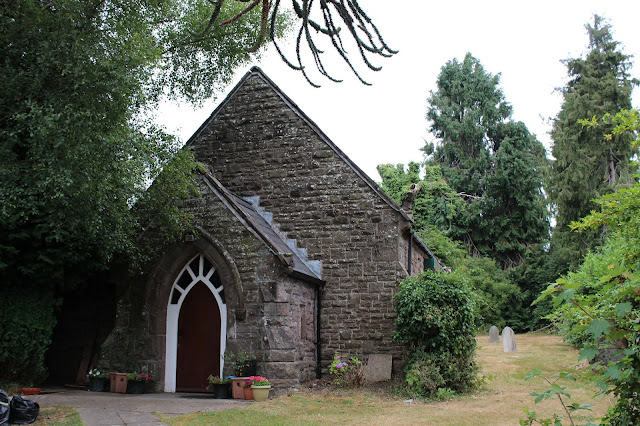 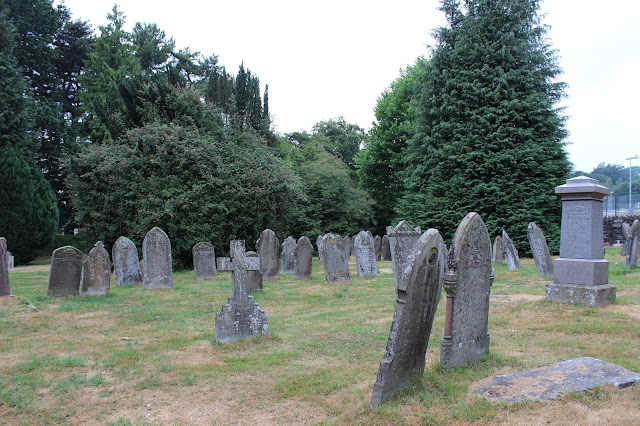 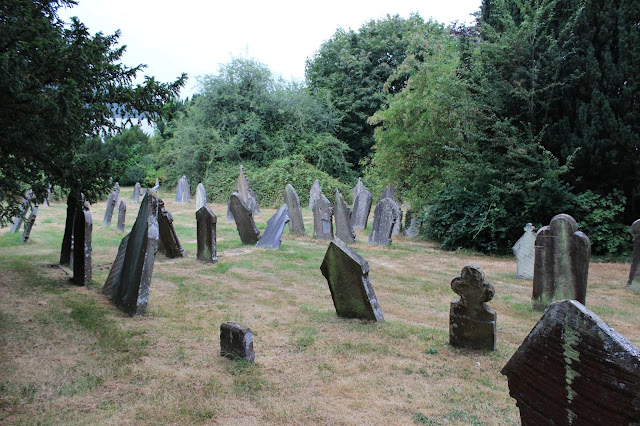 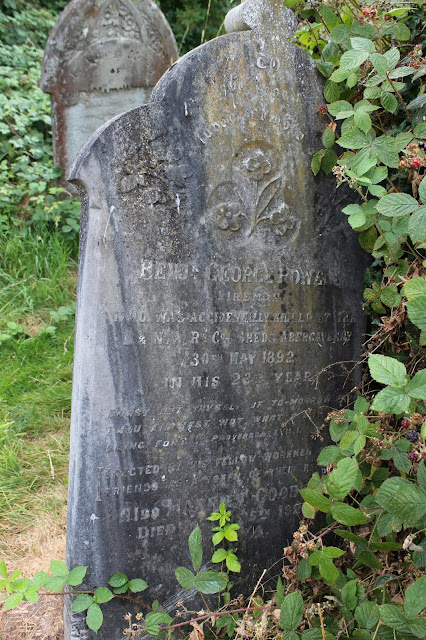 This section of Highgate Cemetery covers 19 acres and was opened in 1860 after the west section became full.  It is now managed by a charity, the Friends of Highgate Cemetery Trust, and is run for public benefit, not for profit.  A small charge is made for access.  It is still open for new burials. 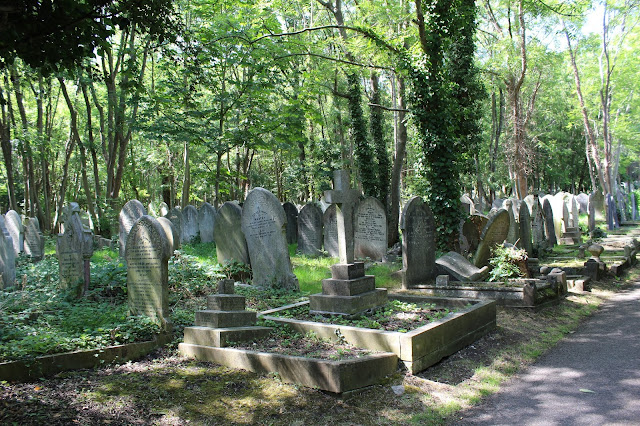 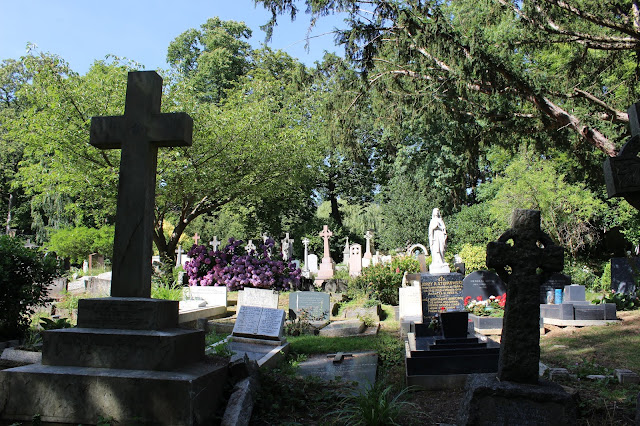 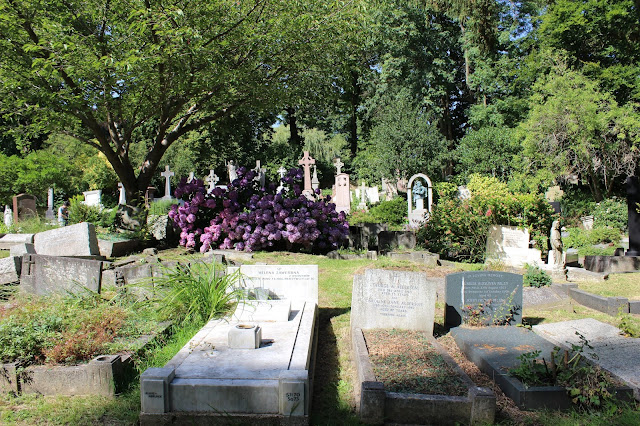 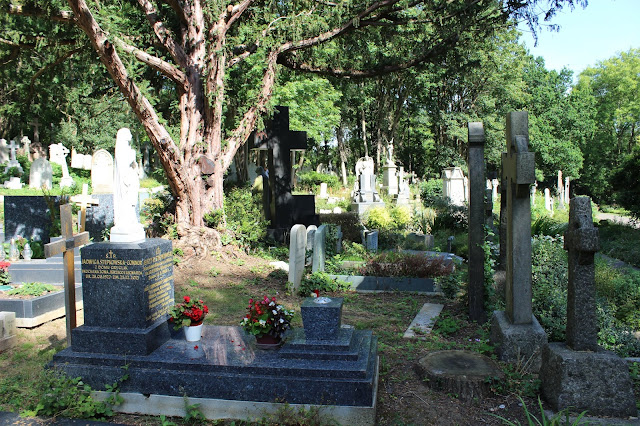 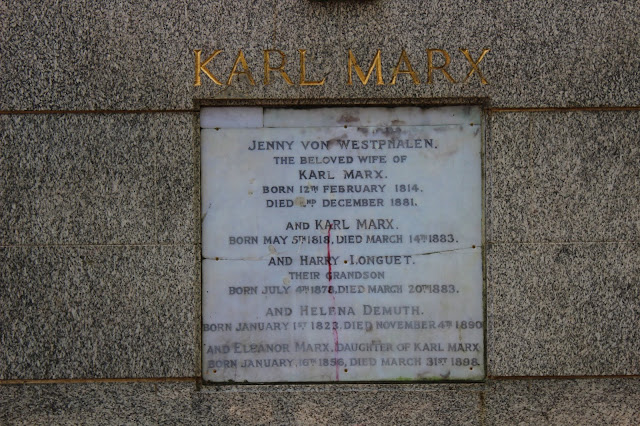 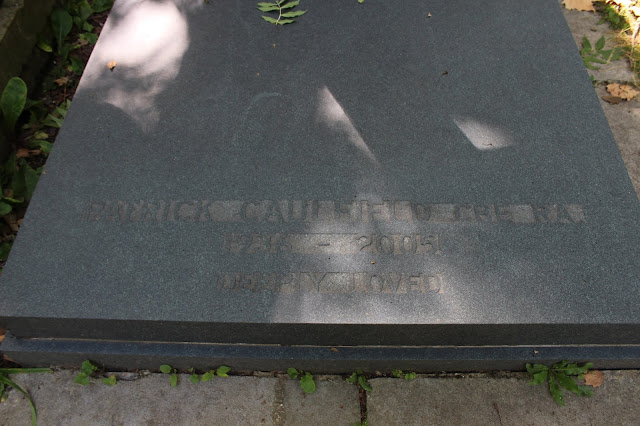 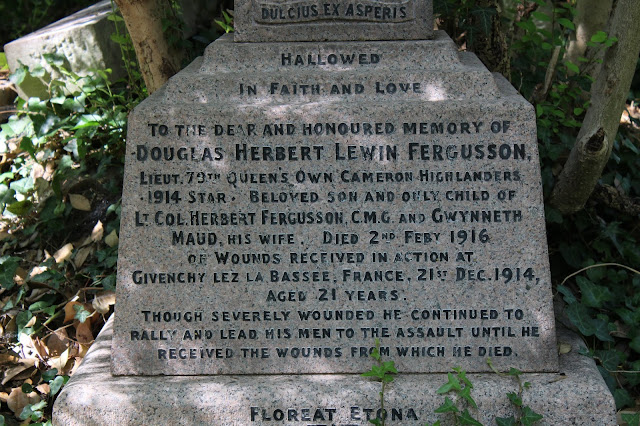 Highgate Cemetery opened in 1839, after London graveyards had become overcrowded and unsanitary.  It was the third of eight private cemeteries established on the edge of the city, open to people of all denominations.  The West Cemetery covers 17 acres.  The East Cemetery, covering 19 acres, opened across the road in 1860.

In the twentieth century, the cemetery became unprofitable and was neglected.  Nature took over.  It is now cared for by a charity, the Friends of Highgate Cemetery Trust and is run for public benefit, not for profit.  It is still open for new burials, despite the very limited space available.

The West Cemetery can only be visited on a guided tour led by a volunteer, for a small charge. 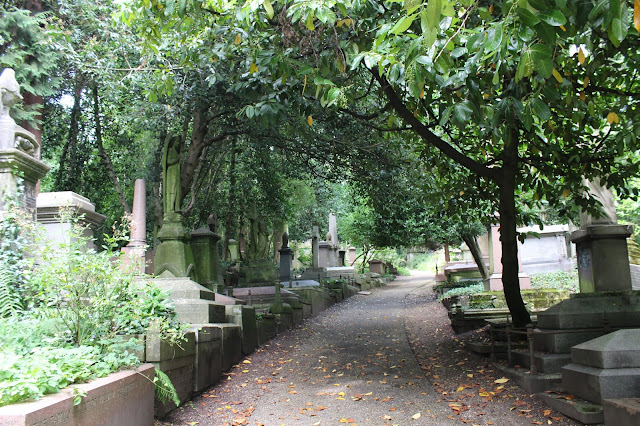 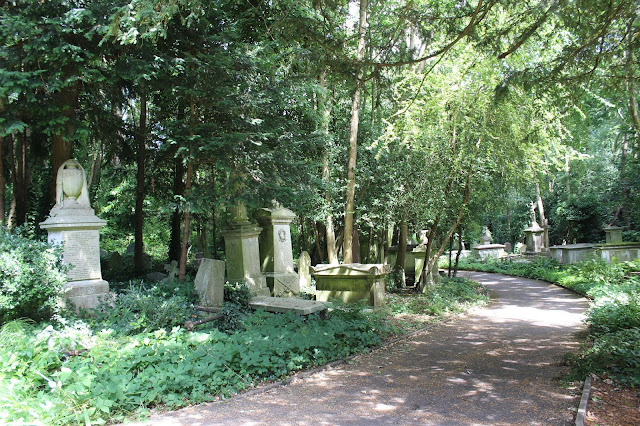 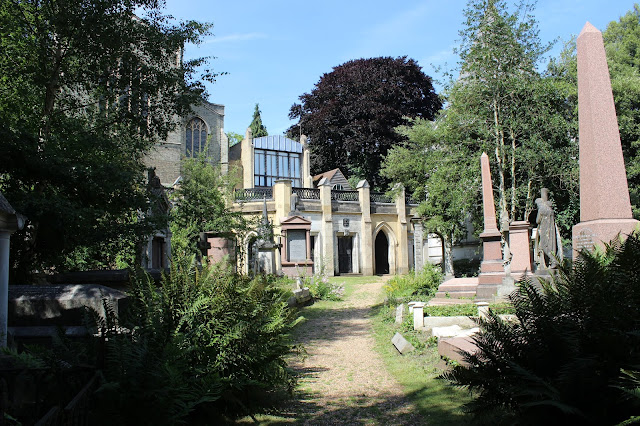 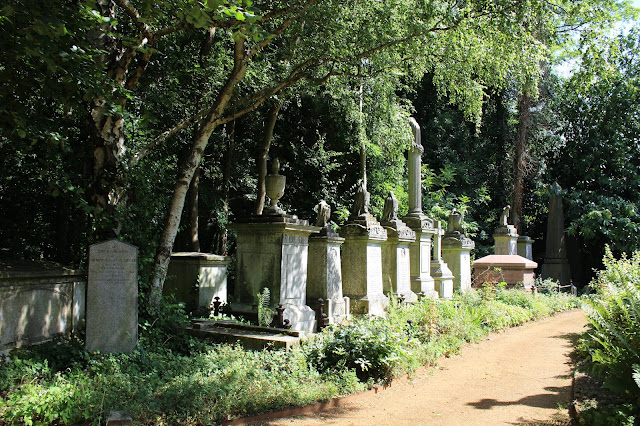 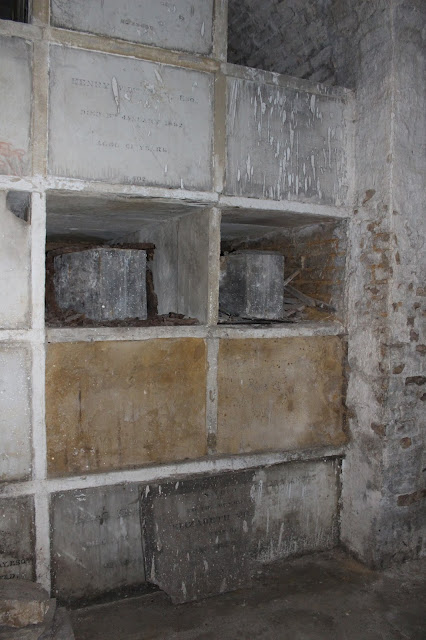 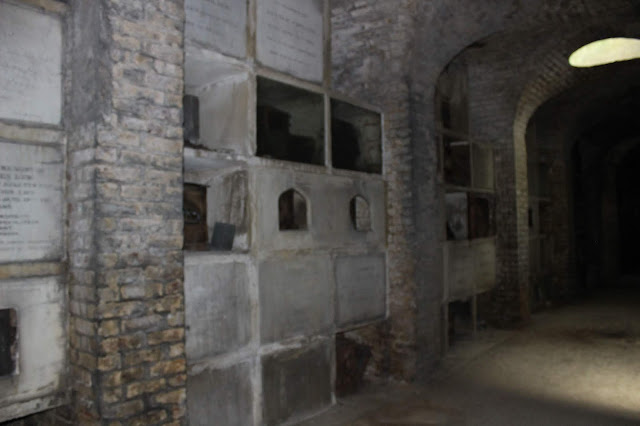 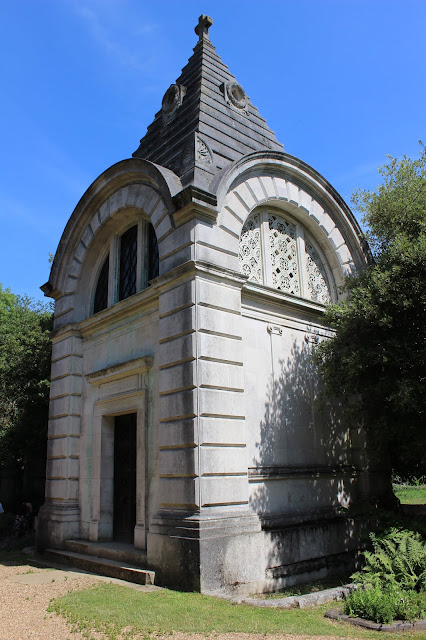 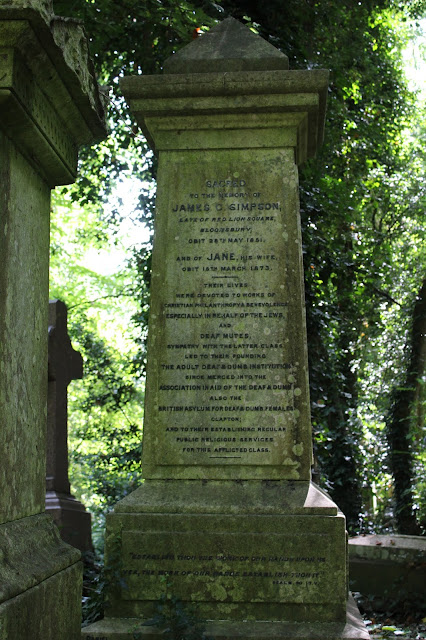 James and Jane Simpson - "Their lives were devoted to works of Christian philanthropy and benevolence especially in behalf of the Jews and deaf mutes, sympathy with the latter class led to their founding the adult deaf & dumb institution, since merged into the Association in Aid of the Deaf a& Dumb, also the British Asylum for Deaf & Dumb Females, Clapton: and to their establishing regular public religious services for this afflicted class." 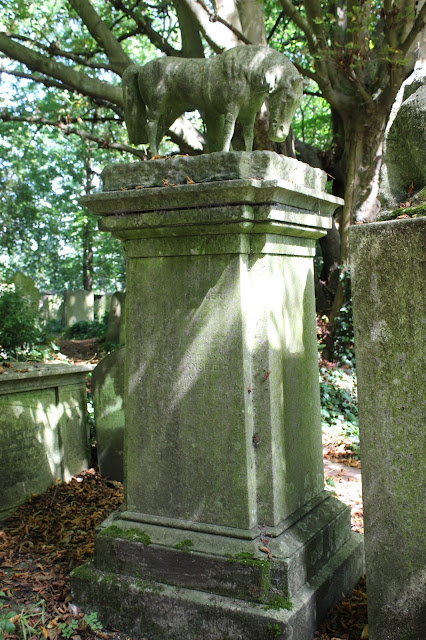 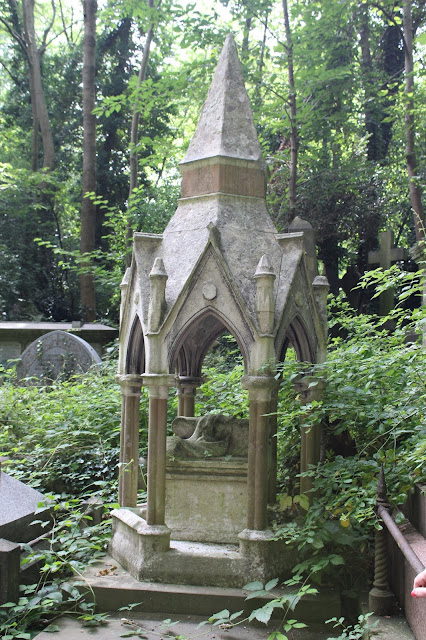