The impressive statue of the 10th Earl of Chesterfield was half-hidden behind the church.

St Cuthbert, Holme Lacy, Herefordshire
(Click on an image for a larger version) 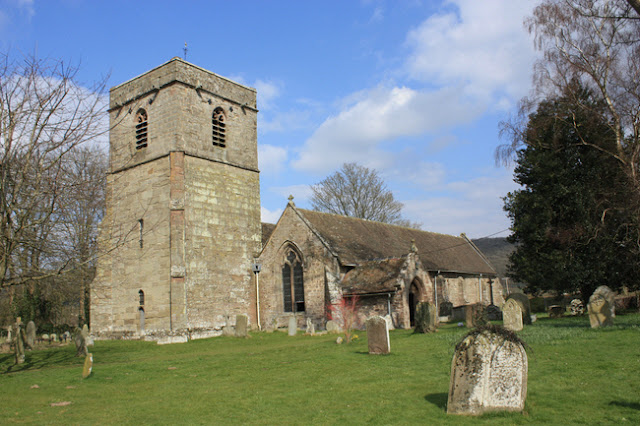 St Cuthbert's Church is a redundant Anglican church about 1 mile to the southeast of the village of Holme Lacy, Herefordshire. The church is now in an isolated position, but earthworks in its vicinity suggest that a village existed nearby, which subsequently became deserted. The fabric of the present church originates from the 13th century. The tower was added in the 14th century, and a north chapel and south porch followed in the 16th century.

This very impressive statue of the 10th Earl of Chesterfield was half-hidden by a hedge behind the church.