Three died in the shipwreck of the Maria Asumpta in 1995

St Enodoc, near Trebetherick, Cornwall
(Click on an image for a larger version) 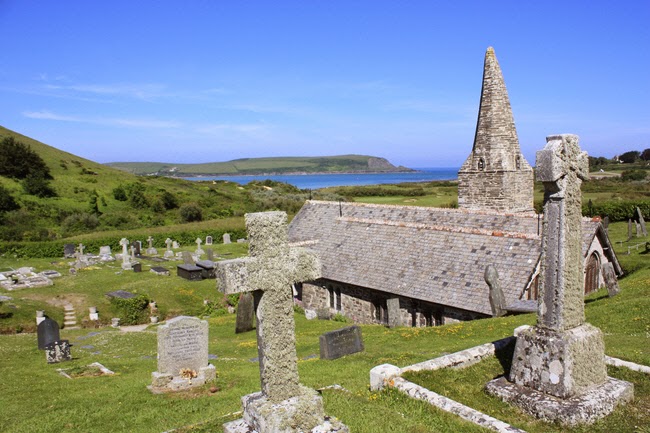 St Enodoc Church, Trebetherick is a chapel of ease in the parish of St Minver. Wind-driven sand has formed banks that are almost level with the roof on two sides. From the 16th century to the middle of the 19th century, the church was virtually buried by the dunes and was known locally as "Sinking Neddy". 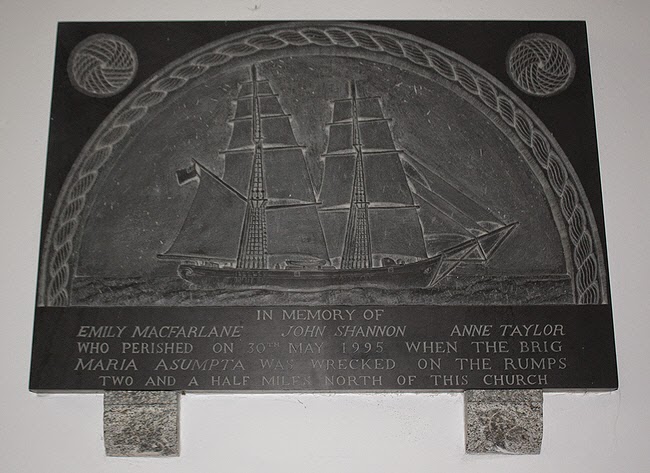 The Maria Asumpta was on her first voyage after a refit at Gloucester. On the afternoon of 30 May 1995 she was preparing to enter Padstow harbour. The captain, Mark Litchfield, decided to take her between The Mouls and Pentire Point, which was not a route recommended by the Admiralty. The engines suddenly stopped; two men were sent to attend to the engine whilst the rest of the crew of fourteen raised more sail. Although lookouts had been posted at the bow, they failed to spot submerged rocks and about five minutes after the engines stopped, the Maria Asumpta struck rocks at Rump Point. The crew abandoned ship, and many of them jumped onto the rocks, but three crew were drowned. The tragedy was witnessed by many sightseers who had come to watch the Maria Asumpta's arrival.
Visited - June 2014