Two brothers who were both killed on active service.

Oswestry Cemetery, Oswestry, Shropshire
(Click on an image for a larger version) 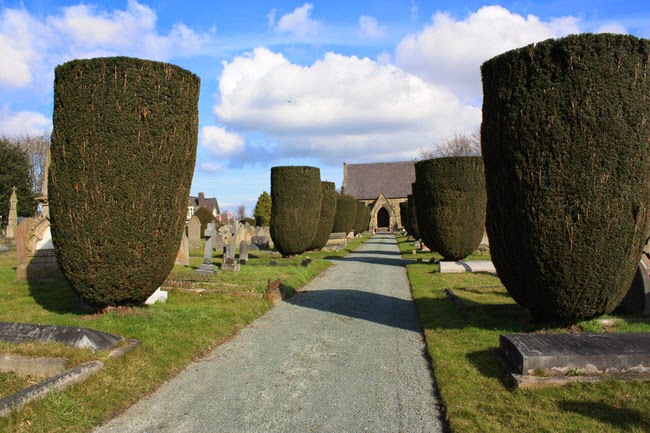 It took us a total of 6 man-hours to survey this cemetery on a lovely sunny day. We found 7 ladies who died aged 100 or older but not a single man who had reached this landmark. Many of the military graves had been maintained to a very high standard but just a few in one corner of the site seem to have been overlooked. 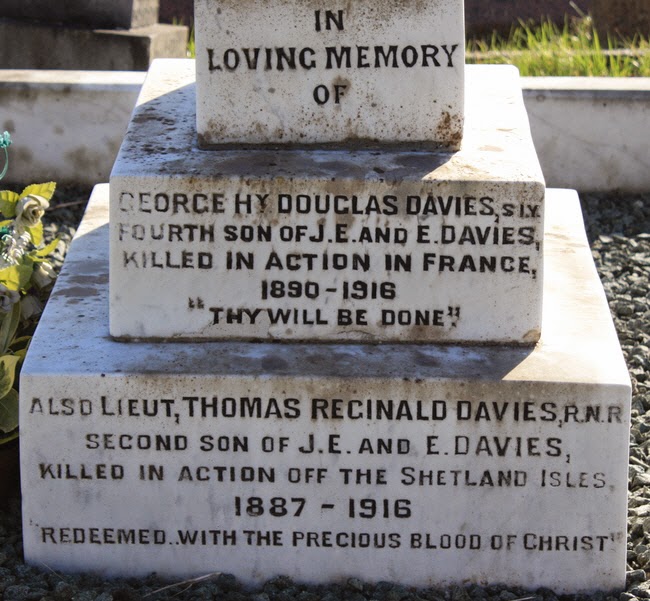 Two brothers who were both killed on active service. Thomas Reginald Davies died when the Conqueror II, a hired yacht, was torpedoed by U52.
Visited - March 2011