A grieving woman leaning on a pedestal cradling a baby on her hip.

St John the Baptist, Feckenham, Worcestershire
(Click on an image for a larger version) 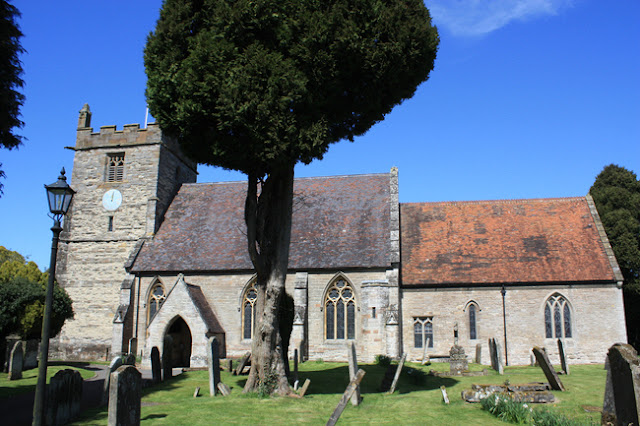 The church still has traces of its Norman origins but the building has work from several later periods including the 13th century north arcade. It was much restored in the 19th century by William Butterfield who rebuilt the chancel in 1853 and by Henry Day who restored the nave in 1866. 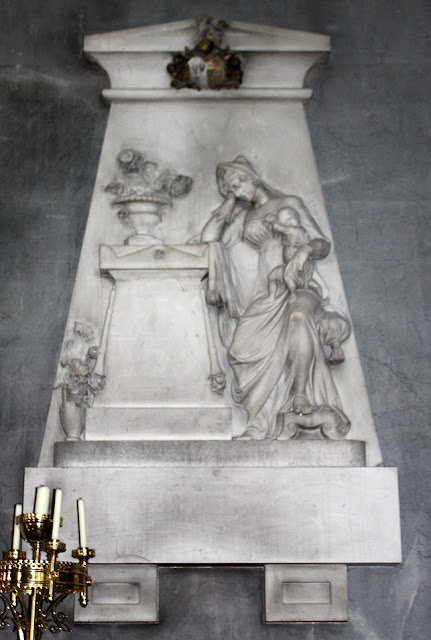