"... falling mortally wounded during a raid on the French coast ..".

St Michael and All Angels, Penkridge, Staffordshire
(Click on an image for a larger version) 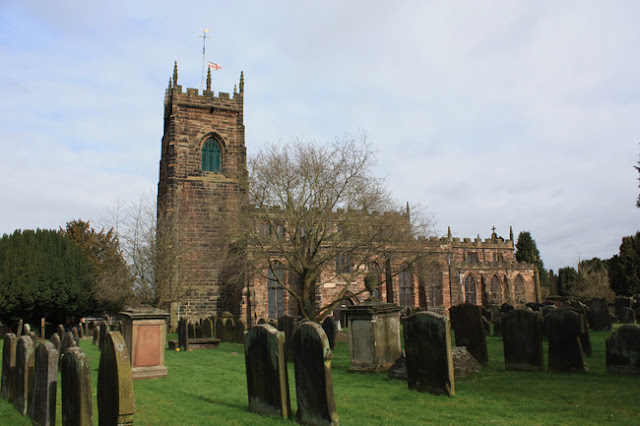 Penkridge's church was of central importance to the town from Anglo-Saxon times. It was a collegiate church: a church served by a community of priests, known as a chapter. The members were known as canons. They were not monks, but secular clergy. It was also a chapel royal – a place set aside by the monarchs for their own use – generally to pray and to offer mass for their souls. This made it completely independent of the local Bishop of Lichfield – an institution called a Royal Peculiar.

The earliest fabric is 13th century. In the 14th and 16th century additions and alterations were made. Major restoration was carried out in 1881 by J.A. Chatwin of Birmingham. 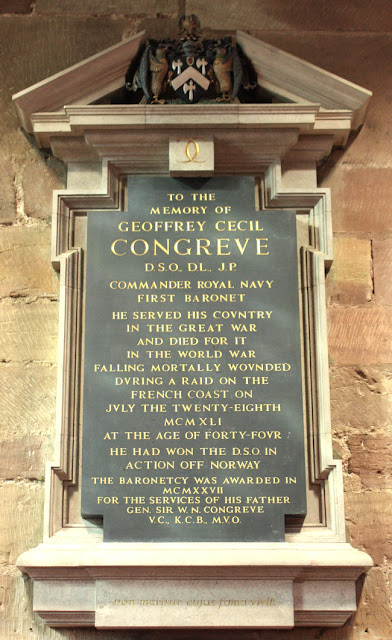