The desecrated monument to Humphrey and Frances Orme

The Cathedral Church of St Peter, St Paul and St Andrew, Peterborough, Cambridgeshire
(Click on an image for a larger version) 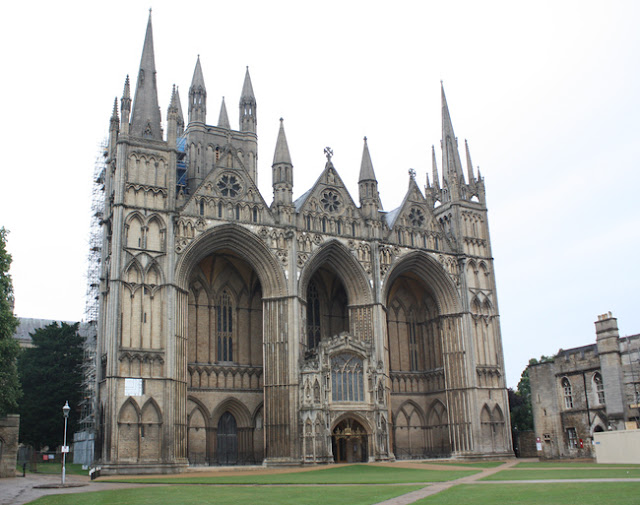 Peterborough Cathedral is known for its imposing Early English Gothic West Front (façade) which, with its three enormous arches, is without architectural precedent and with no direct successor. The appearance is slightly asymmetrical, as one of the two towers that rise from behind the façade was never completed (the tower on the right as one faces the building), but this is only visible from a distance. 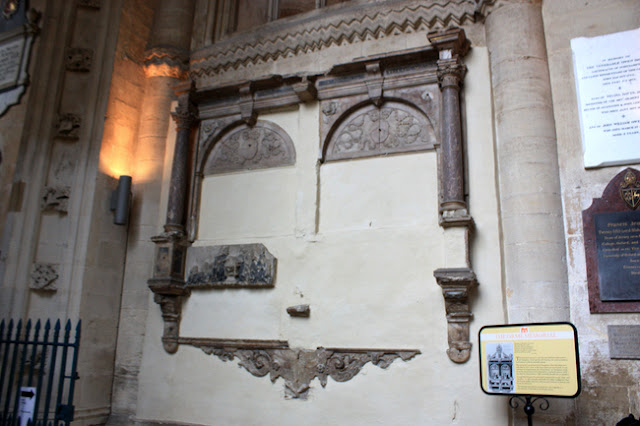 This memorial was once a very fine and elaborate monument to Sir Humphrey Orme and his wife Frances who were prominent local citizens in the seventeenth century. The memorial was put up by Sir Humphrey when his eldest son's wife died in 1627, close to the place where she was buried. it was intended to commemorate the whole family. Sir Humphrey lived to see the desecration of the memorial by Cromwell's men in 1643, but after the Restoration in 1660, his family decided not to rebuild it. 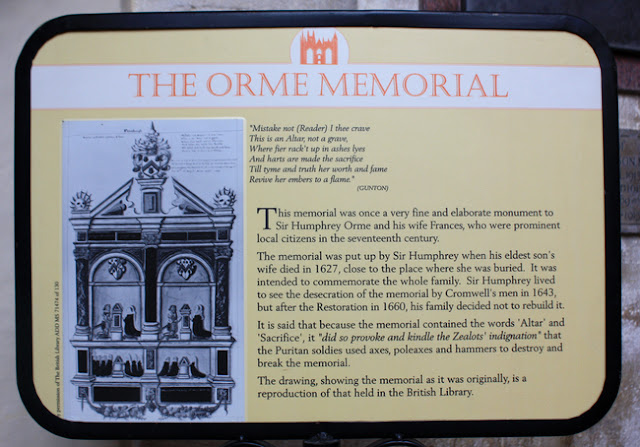