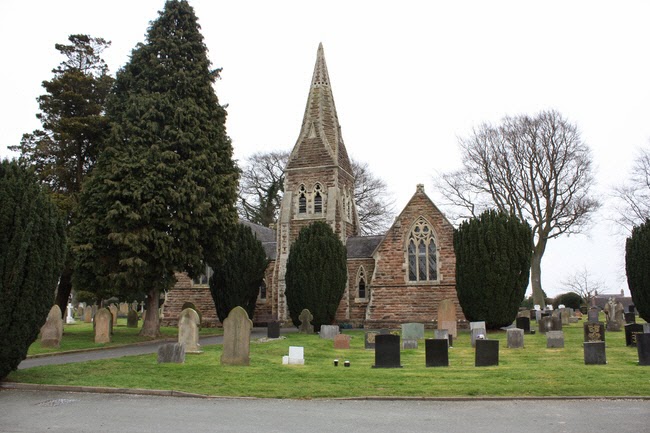 A medium sized cemetery with lots of interesting finds and some curious features such as the twin chapel with a central arch that "by order" should only be approached by a hearse driven in reverse gear. 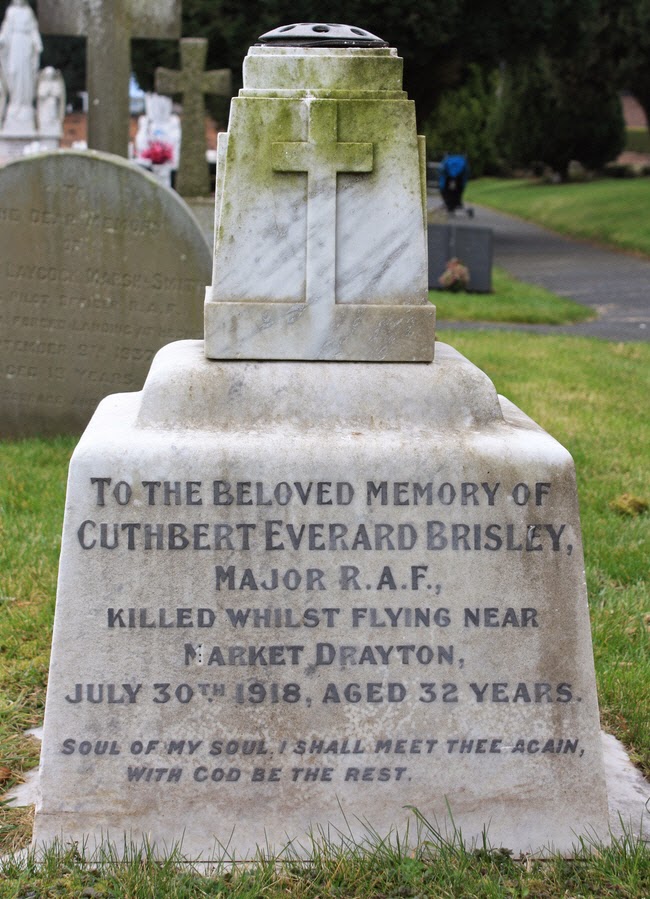 Major Cuthbert Everard Brisley "On the 13th of July 1918 he took off on a training flight in Avro 504K D6361 with a mechanic, Private Fred Lythgoe as a passenger. While flying at a height of 6,000 feet he performed a loop and fell from the aircraft. Lythgoe was not experienced enough to keep control of the aircraft and he too was killed when it crashed at 11.50am near Spoonley. Cuthbert Brisley's body was found some distance away from the crash site."
Visited - March 2011