The wreck of the "Hera" - the longest grave we have ever seen.

St Symphorian, Veryan, Cornwall
(Click on an image for a larger version) 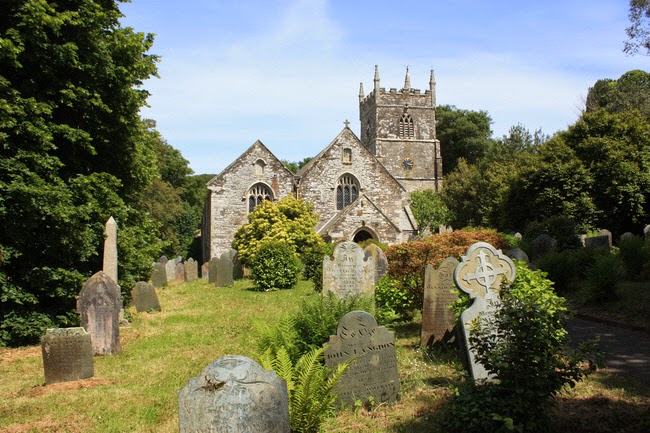 St Symphorian has been patron of this church since at least 1281. 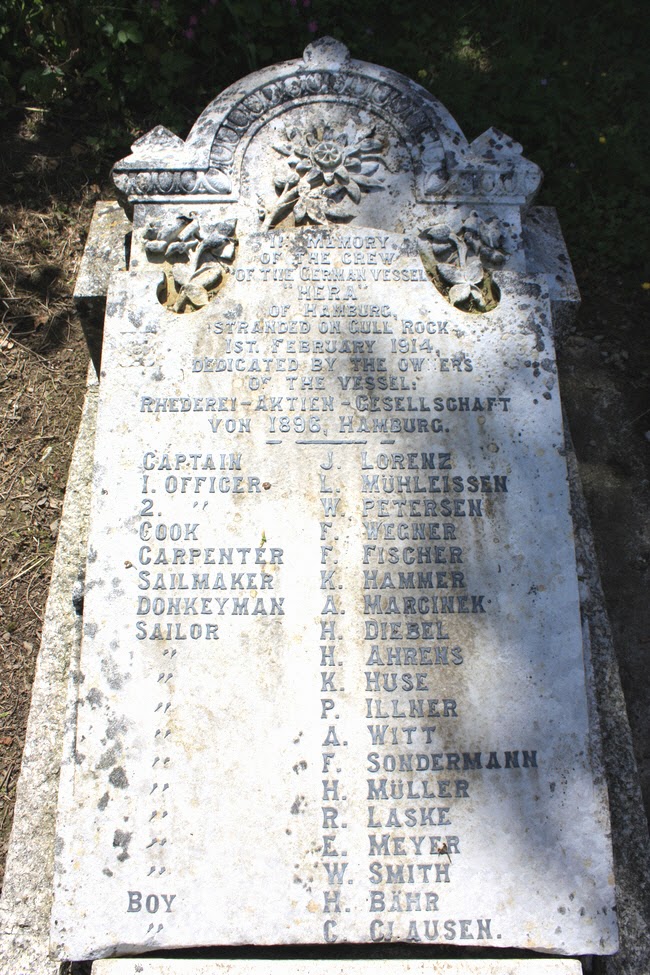 The German ship "Hera" of Hamburg became stranded on Gull Rock in February 1914. "The journey from South America had taken already 91 days and she had already been beaten heavily from the storms and her crew of 24 were exhausted. Captain Lorenz thought he was still further West near the Lizard and with poor weather and low visibility, at midnight the look-out shouted "Land-ho". Captain Lorenz gave the order to put her about, but resulted into crashing into Gull Rock." Only five of the crew were saved. 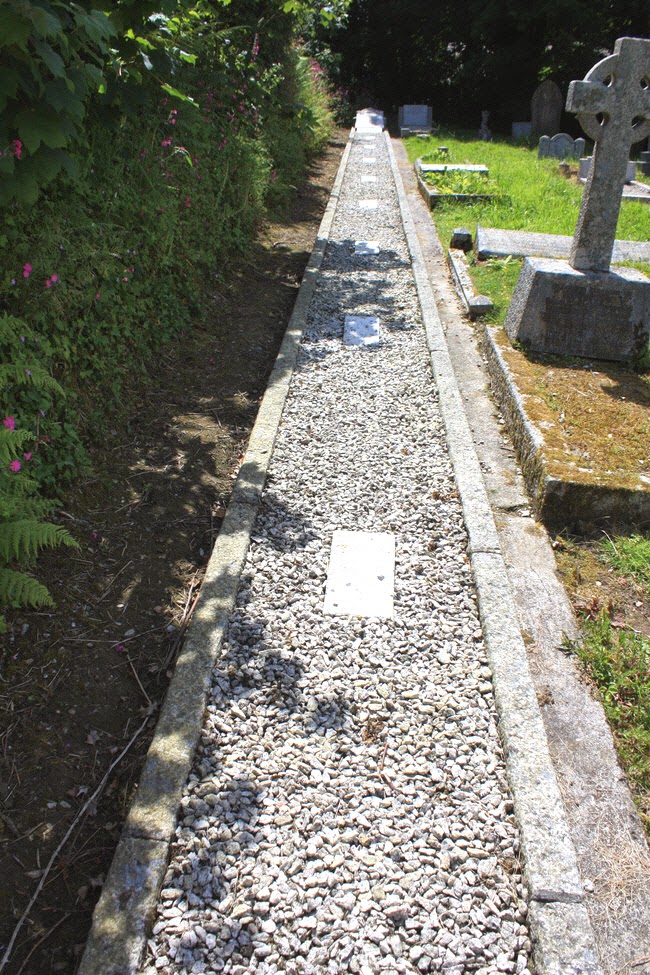 This is easily the longest grave we have ever seen.
Visited - June 2014