St Peter and St Paul, Weobley, Herefordshire
(Click on an image for a larger version) 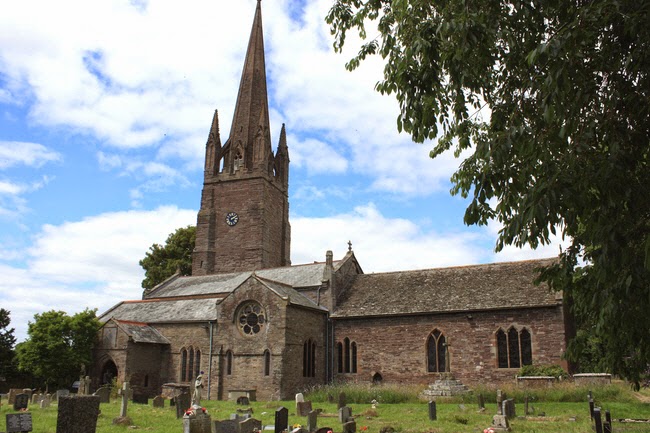 The tall 14th century tower is the only spire in the country to be supported by little flying buttresses connected to pinnacles rising from the tower. Unusually we were not the only visitors to the church on this sunny July afternoon. 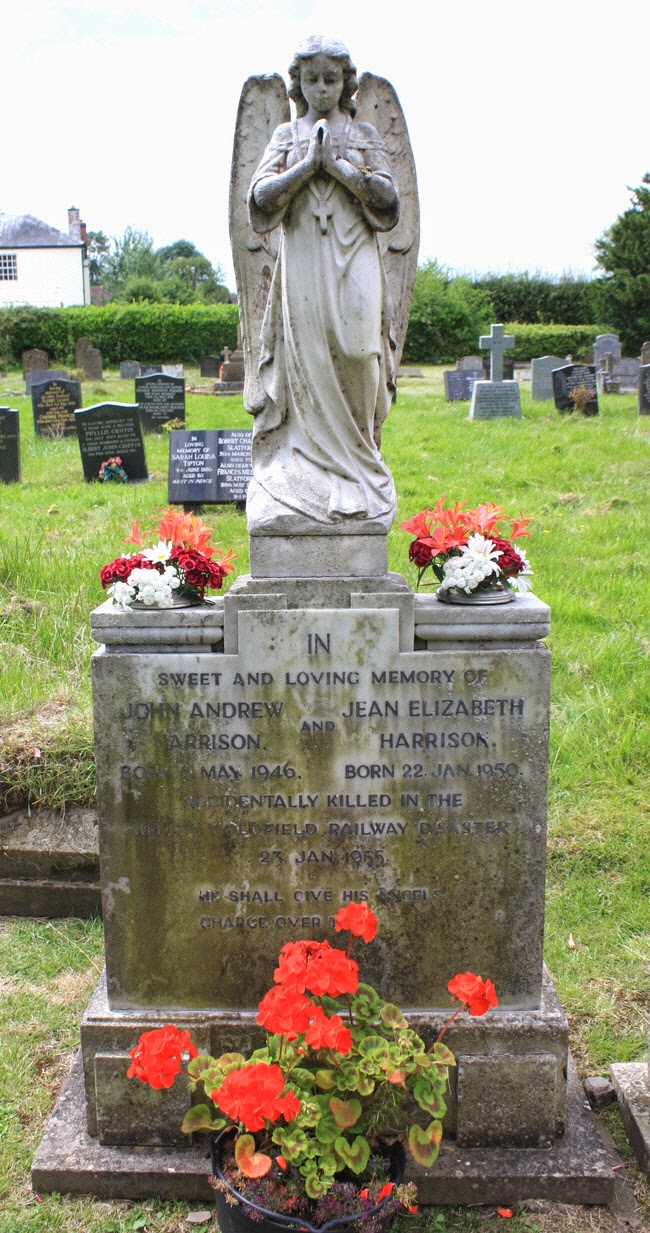 The Sutton Coldfield train crash took place at about 16:13 on 23 January 1955 in Sutton Coldfield, a town now within the City of Birmingham, when an express passenger train traveling from York to Bristol derailed due to excessive speed on a sharp curve. Seventeen people, including the train crew, were killed and 25 injured.
Visited - July 2014