St Mary, Ross on Wye, Herefordshire
(Click on an image for a larger version) 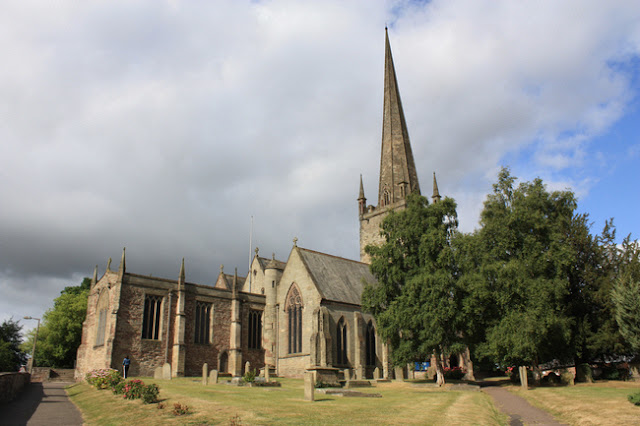 The church was originally founded by Robert de Betun, Bishop of Hereford, in the 13th century. The church, in its current form, was dedicated in 1316. There is evidence that suggests that there was a Saxon and Norman church there before the current one was built. The spire towers 205 feet into the air and dates back to the 14th century but was rebuilt in 1721 and repaired in 1852, 1911 and 1952. 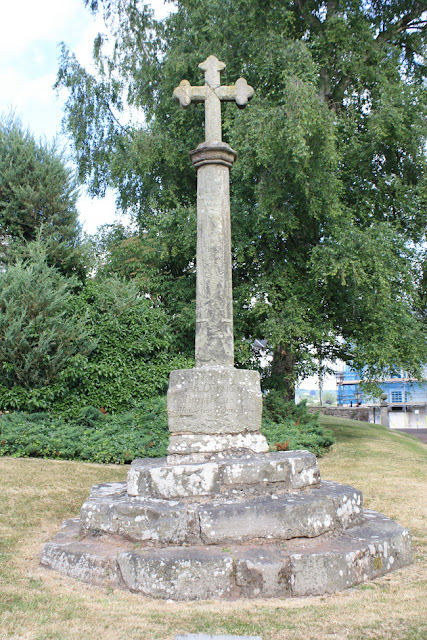 In the churchyard is the Plague Cross that was erected to mark the graves where 315 townsfolk were buried by night and without coffins during a savage outbreak
of the plague in 1637. 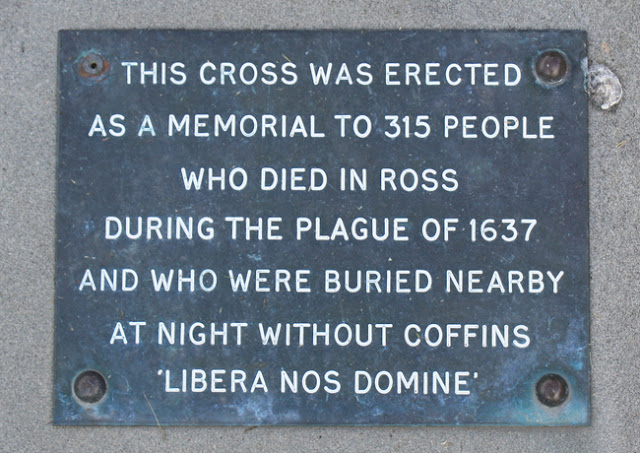