Shot as an act of reprisal

St Andrew and St Mary, How Caple, Herefordshire
(Click on an image for a larger version) 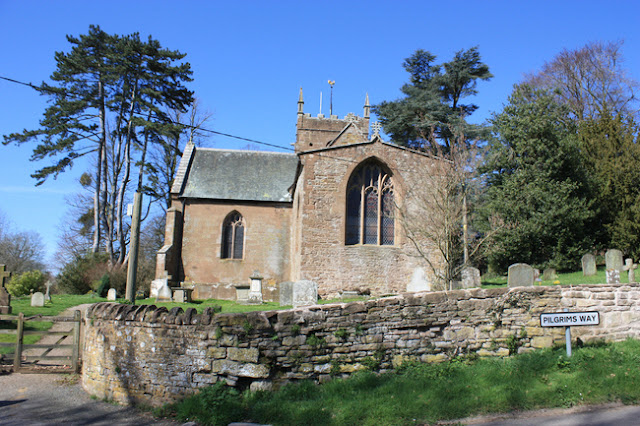 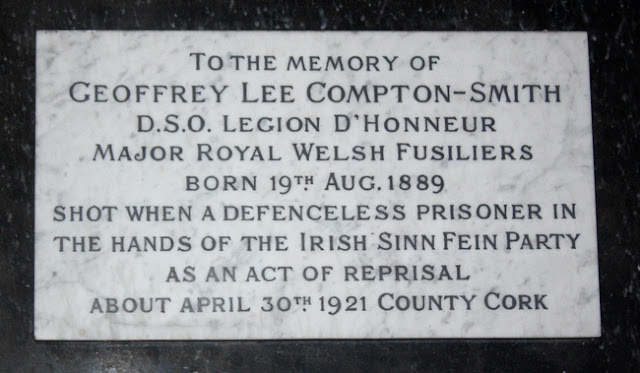 Major Geoffrey Lee Compton Smith was captured by Frank Busteed as he alighted from a train in Blarney Railway Station on April 16th 1921 and was held and hidden in the Donoughmore area for some weeks. Despite a massive search by the British he was not located. He was murdered shortly after four Irish terrorists were executed by the British Authorities.