Blanche Parry was maid-of-honour to Elizabeth I.

St Faith, Bacton, Herefordshire
(Click on an image for a larger version) 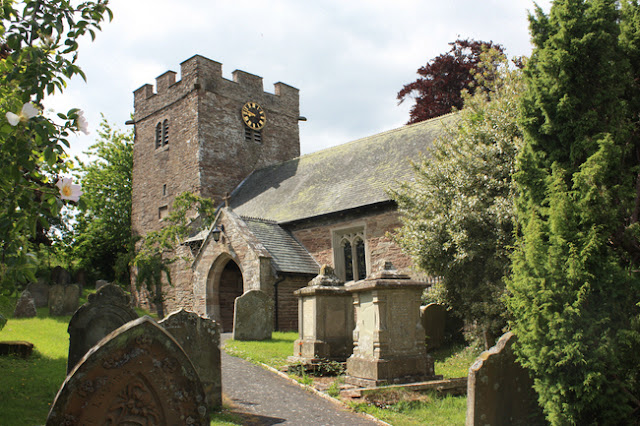 The church dates back to the 13th century with later additions up to the 16th century. Further work was done in the 19th century. 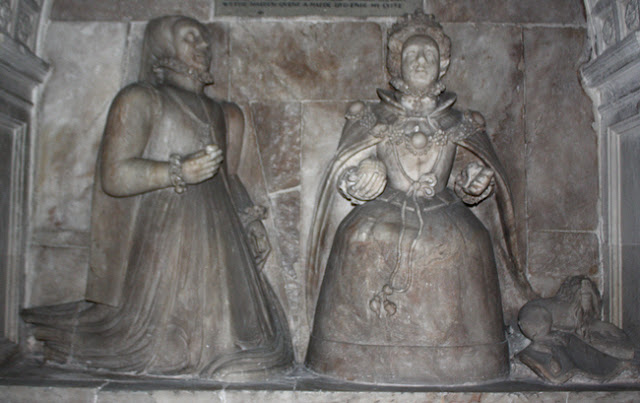 The north side of the choir has late16th century tomb of Blanche Parry, maid-of-honour to Elizabeth I, consisting of the deceased kneeling before a diminutive Queen under a coffered arch above a chest tomb with strapwork decoration all framed by Corinthian columns on pedestals supporting a cornice. 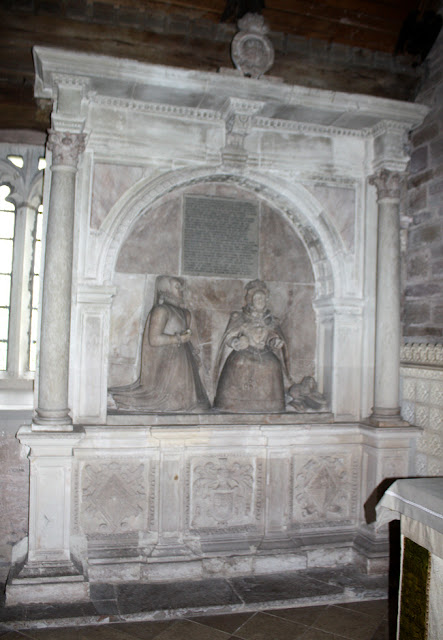