The beautiful Perpendicular style Church of St Mary and All Saints, with its distinctive tall tower, is situated above the River Nene at the village of Fotheringhay. The present church was built by King Edward III who was also responsible for the building of a college as a cloister on the church's southern side.  Fotheringhay Castle, no longer visible except as an earthen mound, was the site of the beheading of Mary Queen of Scots in 1587.
After building work was completed in around 1430, a parish church was added to the western end of the collegiate church with work beginning in 1434. The parish church still remains today. 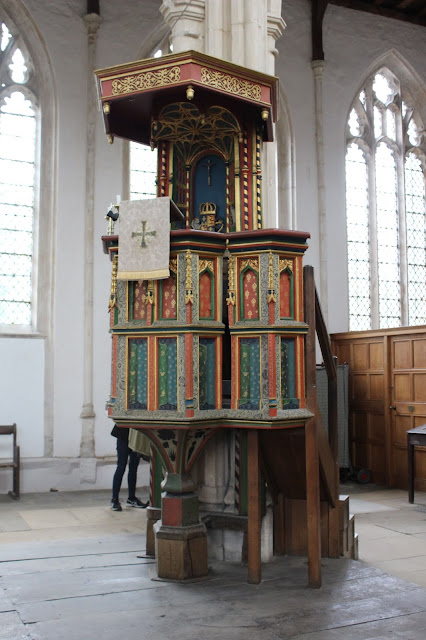 This beautiful fifteenth century painted pulpit was a gift from Edward IV. 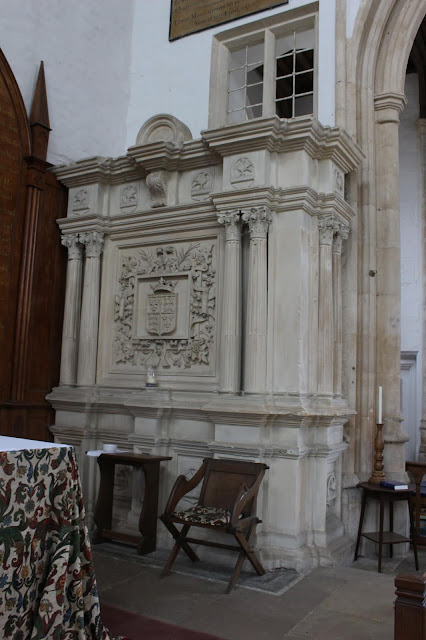 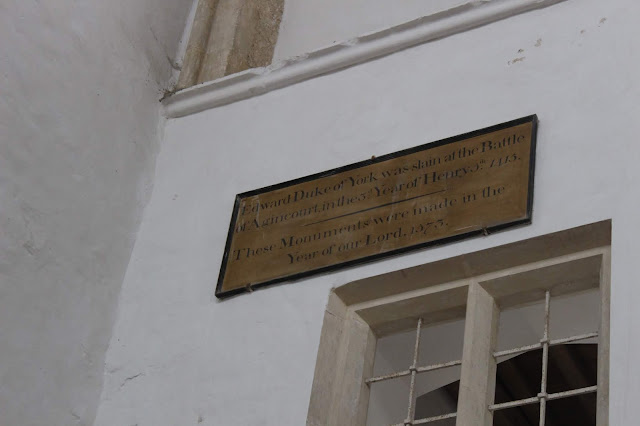 Memorial to Edmund de Langley, son of Richard Plantagenet, third Duke of York and his wife Cicely, and to Edward, second Duke of York who was slain at the Battle of Agincourt in 1415. 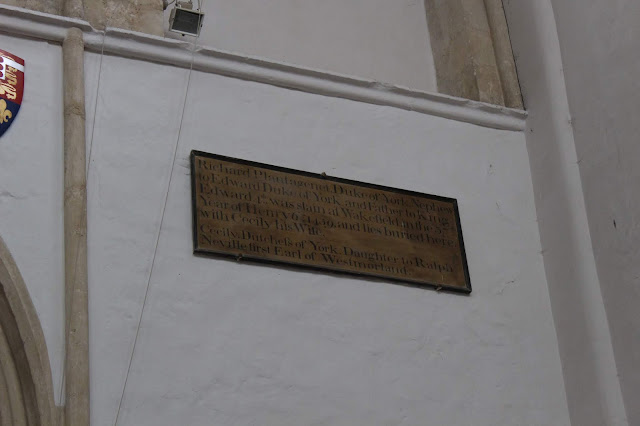 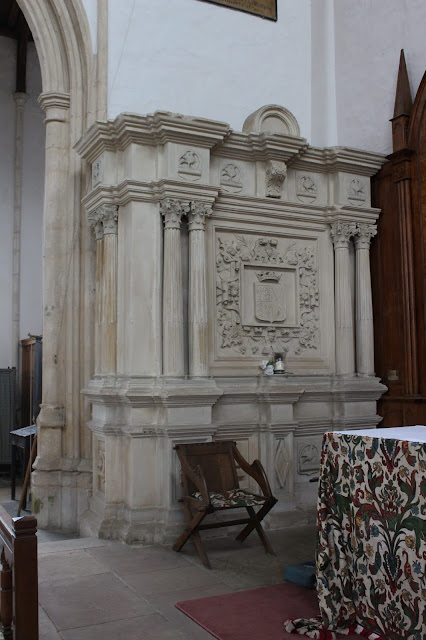 Richard Plantagenet Duke of York, Nephew to Edward Duke of York and Father to King Edward 4th was slain at Wakefield in the 3rd year of Henry 6th 1460 and lies buried here with Cecily his Wife.
Cecily, Duchess of York, Daughter to Ralph Neville first Earl of Westmorland.
These two grand memorials were made in 1575.