Bernard Walcot had two wives but "... of his 14 children there were but nine living at the time of his death." 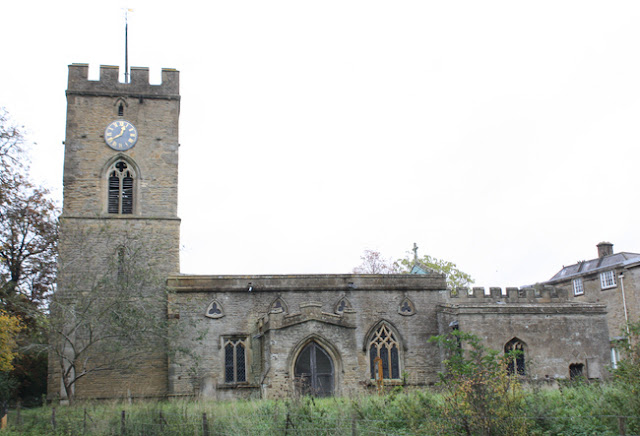 St Andrew's dates from the later part of the 12th century, the nave arcade surviving from that time. The tower was added during the following century, at which time the church was largely rebuilt, and a north chapel was added. Further building took place in the 14th century when the clerestory and porch were added and new windows were inserted. The south chapel was added in the following century. In 1847 a north transept was added to form a family pew for the Robinsons of Cranford Hall. 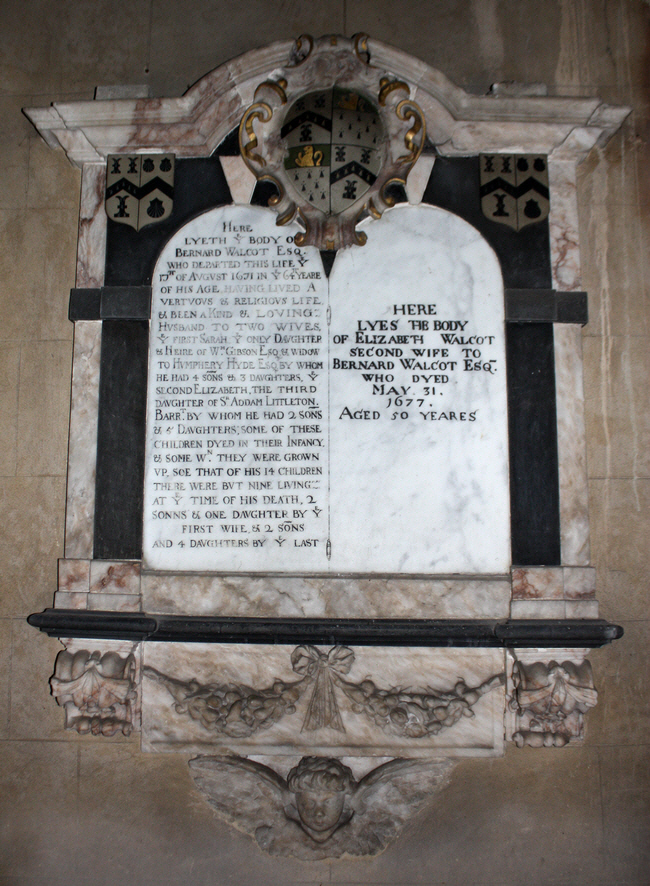