Two brothers who died within 8 days. Charles was 36 and John was 39

St Andrew, Bredwardine, Herefordshire
(Click on an image for a larger version) 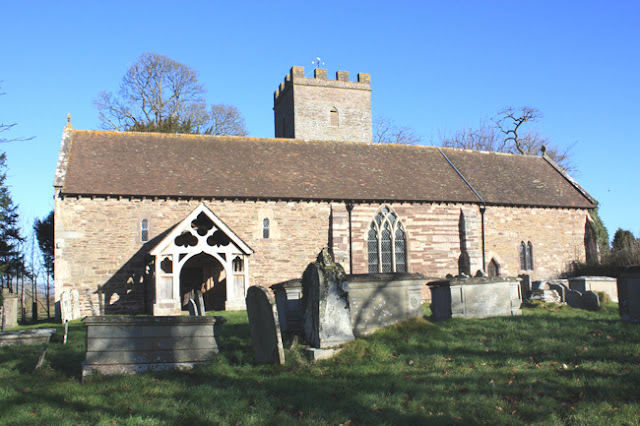 The south doorway and much of the nave date from the time of the Norman Conquest and the chancel was rebuilt after being partially destroyed by Owain Glyndwr’s soldiers in 1406. Inside, notable features include a massive font, and the tombs of a gigantic knight, Walter Baskerville, and a smaller effigy of Sir Roger Vaughan who died defending Henry V at the Battle of Agincourt in 1415. Another striking feature is the “bend” in the nave towards the altar, which means that the altar is not visible from all seats. 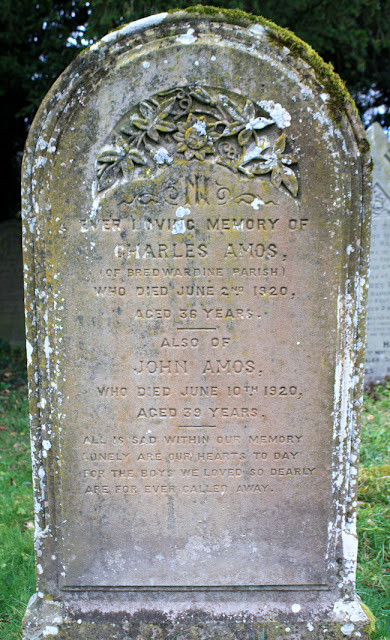