The Galton family is remembered on the brass plaque on the south wall of the nave.

St James, Oddingley, Worcestershire
(Click on an image for a larger version) 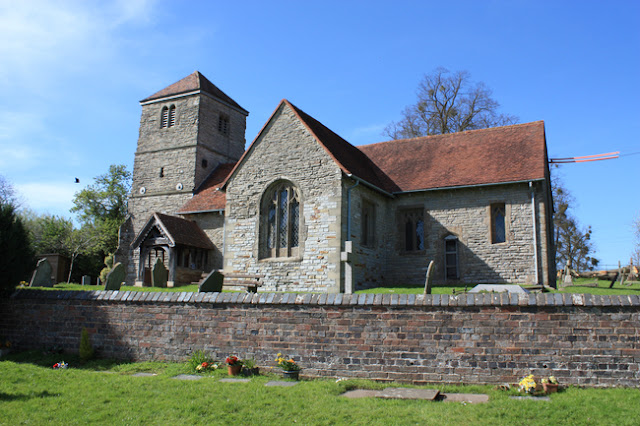 No part of the fabric is earlier than the 15th century, when the existing building, with the exception of the tower, was erected. The nave, judging from the position of the doorways, was originally longer, and was shortened when the tower was added, probably in the 17th century. Although the church retains its original windows, they have been much restored and their stones recut, doubtless when the chancel was rebuilt in 1861.